After reviewing an album or two (I lost count) by both Roy Wood and Jeff Lynne, I feel like it’s time I did a review of their rather…historically important first album as Electric Light Orchestra (self titled everywhere in the world except America, where it’s “No Answer”). I mean, why the hell not? What else do I have better to do? Get fatter older and die alone?

I DIGRESS much too heavily there. Ignore the morbidity (always a hard thing to do with me) and move on to the next paragraph which flows much more logically from the sentiments of the previous paragraph (the stuff about music) than this one (which flows from a digression and which has become a lengthy digression of its own).

“Electric Light Orchestra” is an important album for a number of reasons. One: it was the last collaboration between Wood and Lynne, two musical geniuses with very similar yet vastly different (weird how that works) goals that briefly combined for musical excellence on the last two “The Move” albums and which simultaneously plateaued, peaked and ended with this peculiar album.

Basically, the goal of the album (considered a “project” by the two as well as drummer Bev Bevan, imported from “The Move”) is to combine rock and roll and classical music as seamlessly as possible. And not in a sprawling symphonic, progressive style: more in a “chamber” music style with small string quartets, minimal horn arrangements and short running times (relatively speaking).

To that end, Roy grabs every string and horn instrument in sight and proceeds to arrange driving classical arrangements that are relatively complex for a rock and roll musician but nothing that Beethoven would find boggling.

But that’s okay because it’s not TRUE classical: it’s classical rock in perhaps the rawest sense of the term (as illustrated by the hilarious back cover image of the three main musicians on the album dressed in period piece and holding string instruments).

And “raw” is the exact word to use for this album: it’s not exactly intricately arranged or immaculately produced. There’s a very…empty feel to parts of the album but not in a bad way: there’s simply room to breathe and holes in the arrangements in a way that’s both good and bad.

The holes are “good” in the sense that they help you differentiate the songs more fully. At their best (the album “Eldorado”) Electric Light Orchestra sometimes felt too lush for their own good, with songs bleeding into the next. Of course, that’s sort of the point of those albums (they’re not labeled “symphonies” for nothing) but the more “in your face” feel of this album is a bit more…interesting than later ELO albums.

That isn’t to say it’s “better.” After all, Roy is a solid multi-instrumentalist but he’s no super pro and when he goes ape overdubbing endless sawing strings on “Battle of Marston Moor” the effect is numbing: yes, the song goes through multiple sections but they don’t really “progress” in a logical way or create any type of emotion. I feels like Wood is just changing up sections to change them up.

However, this “purer” classical feel is unique to this album and is mainly the influence of Wood. His other highly classical piece, “1st Movement” is more solid, with nimble classical guitar parts (that sound a bit TOO “Classical Gas” for their own good) show off chops I always forget Roy has on guitar.

Wood does a better job on numbers like “Look at Me Now” and “Whisper in the Night” as he simply combines classical arrangements with regular pop tunes and ballads in a unique way.

This is especially true of the endlessly catchy “Look at Me Now” with the unforgettable refrain “Ahhh! Look at me now! Displaying emoootion!”

Lynne takes a much less “pure” approach to his synthesis of rock and classical and as a result probably creates a more “instantly enjoyable” set of songs.

Other Lynne tunes such as “Nellie Takes Her Bow” are a bit more unique to this album as it seems to display a jazz influence we rarely get from Lynne. “Manhatten Rumble” is also strangely jazz oriented with a piano heavy classical sound that may not be as complex as Wood’s classical work on the album but which probably makes more sense to the average listener.

Wood and Lynne share songwriting and production duties nearly equally on the album which helps to explain its somewhat raw, confused and diverse approach. There is an obvious clash to their approaches on the album that gives it a strange edge as the two desperately try to “take off where ‘I Am The Walrus’ ended” which was their stated goal.

However, Lynne has since stated that he and Roy had “no real idea what to do or real plan” when they started the recording sessions which also helps to explain the contrast between their two styles. Clearly, Lynne brought in a few tunes that Roy added strings to while Roy perhaps made up (bad) pure classical pieces on the spot, improvising to try to make them work.

Whatever the reason, you simply won’t hear another ELO album like this or any album like this in the world of pop and rock. Although Lynne would perfect his “classical pop” style over several different albums while Wood would go on to snatch hits with Wizzard and disappear into the ether on his manic solo albums, neither would really ever produce something so…confused, raw, far reaching, ambitious and intriguing.

And for that, one can forgive Lynne “Xanadu.” Almost, anyways. 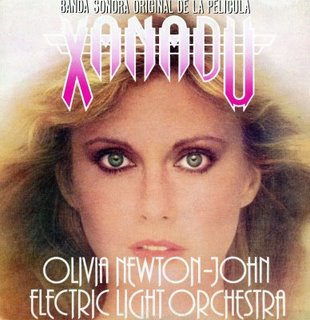